Cleaning with the Chariot 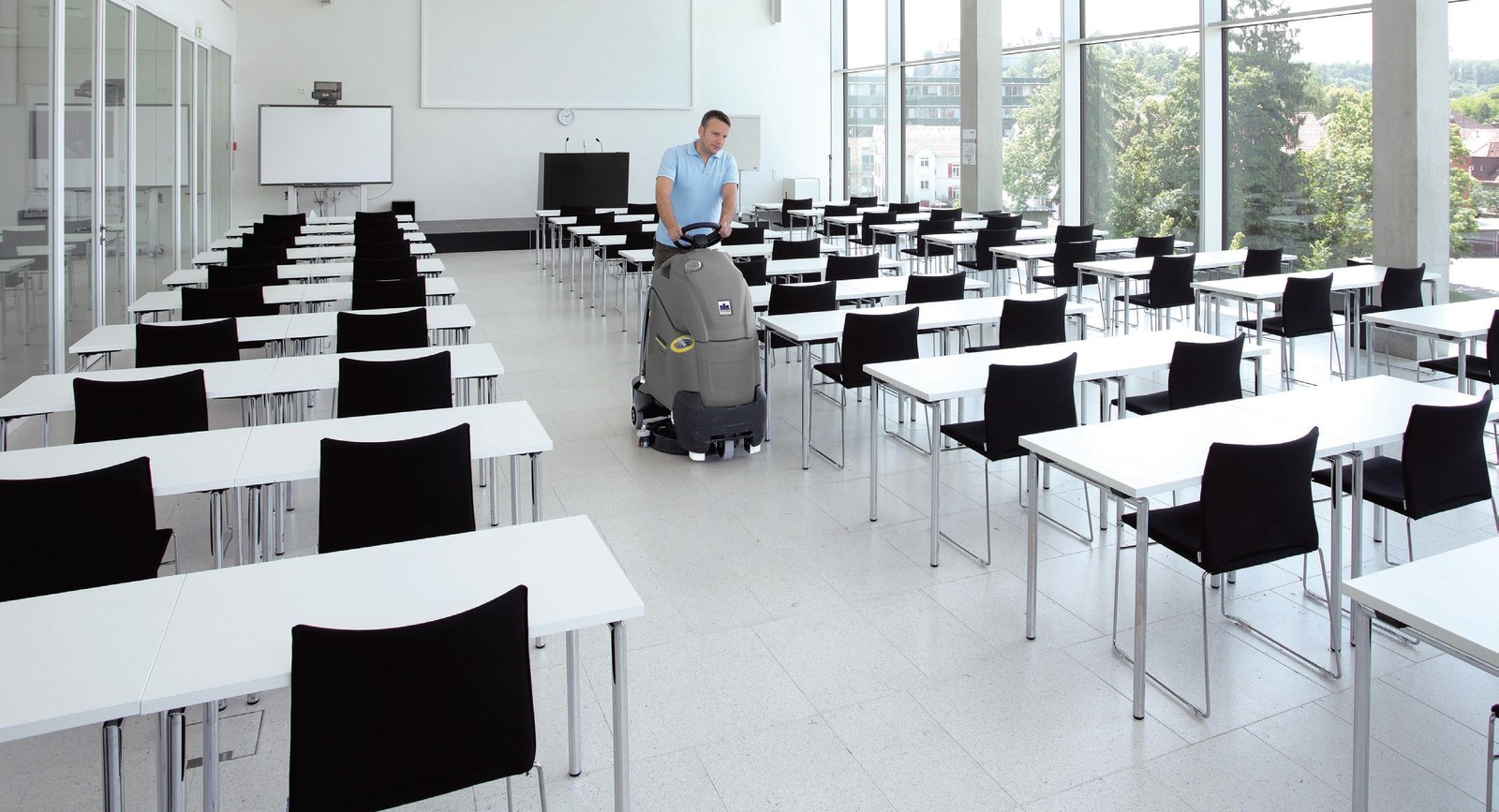 The custodial staff at Lane Community College is responsible for cleaning over a million square feet. In an effort to be more efficient, they felt a truck mount extractor was needed. When asked to be shown one, their salesperson insisted they look at a riding carpet cleaning machine.

After much debate, they decided to let him show the Chariot riding machine. So that the demo would go well, the carpet was cleaned twice the night before. One pass was made with the Windsor Chariot iExtract and it looked like a new strip of carpet had been installed.

With 40 percent of the college’s square footage being hard floors, cleaning doesn’t stop with carpets. The Chariot iScrub tackles dirt and grime in the gym. The floor can be cleaned in just 45 minutes to an hour and all on one tank. Their previous walk behind scrubber took twice as long and required three tank refills.

Groups of hallways only take 15-20 minutes to clean, thanks to the Chariot iVac, which cleans closer to wall edges than a traditional upright or backpack vacuum and only requires mild maintenance.

Classrooms that could only be cleaned once every other week, with a walk behind machine, are now cleaned between classes. The same amount of work is done in half the time, which allows the custodial staff to keep areas at a higher level of cleanliness. 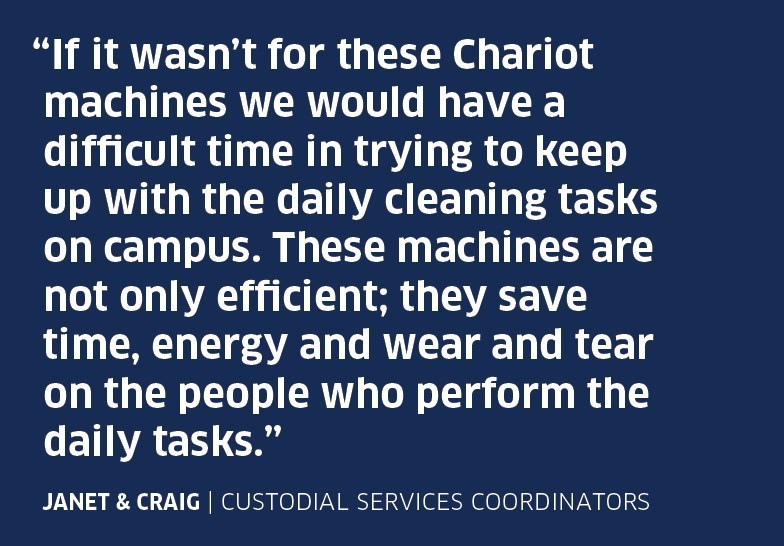 "With the machines being ride-along, there’s less stress on our backs and if you have reduced mobility, you’re not hampered from doing large areas of vacuuming and cleaning"

"With the machines being ride-along, there’s less stress on our backs and if you have reduced mobility, you’re not hampered from doing large areas of vacuuming and cleaning" 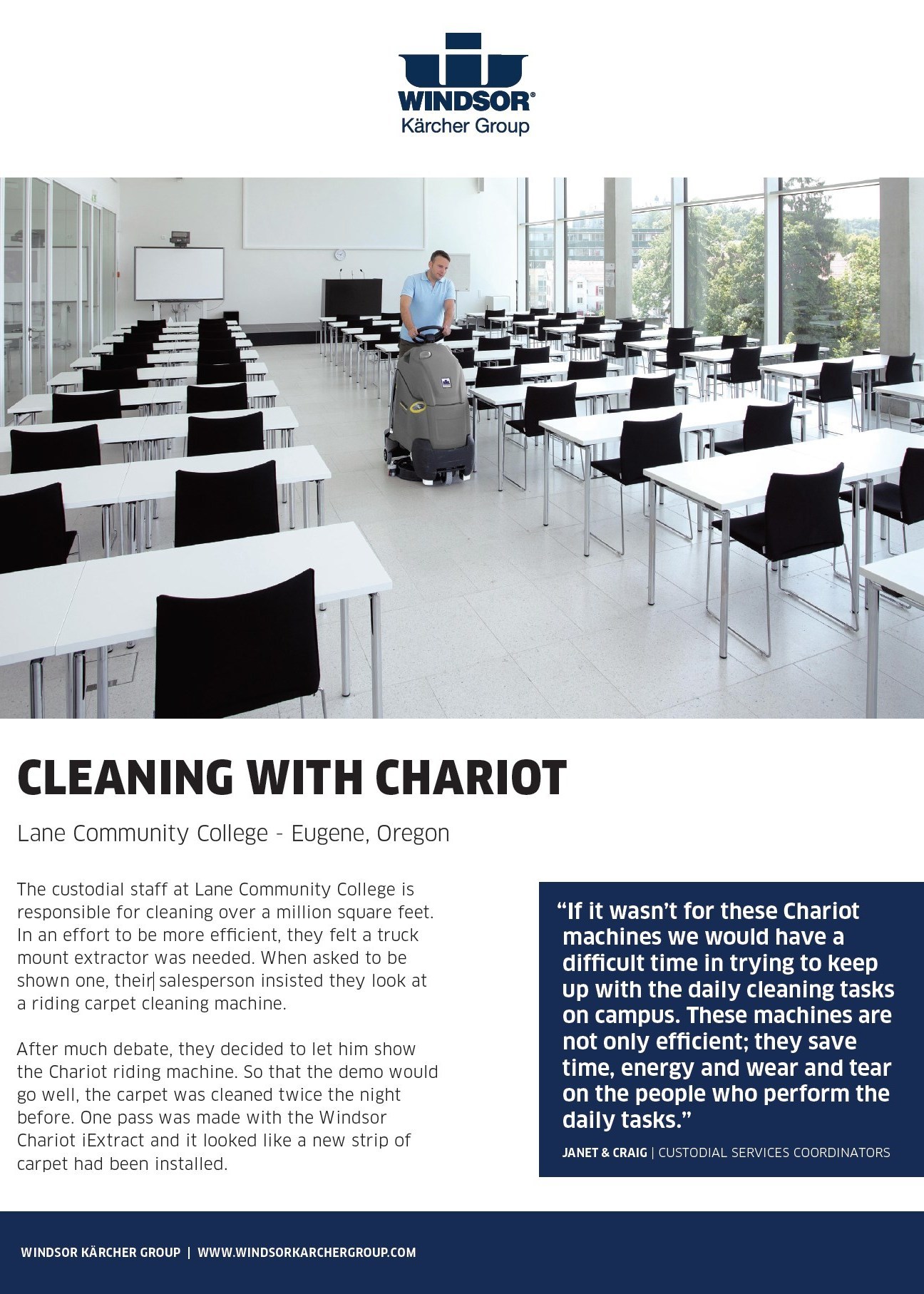